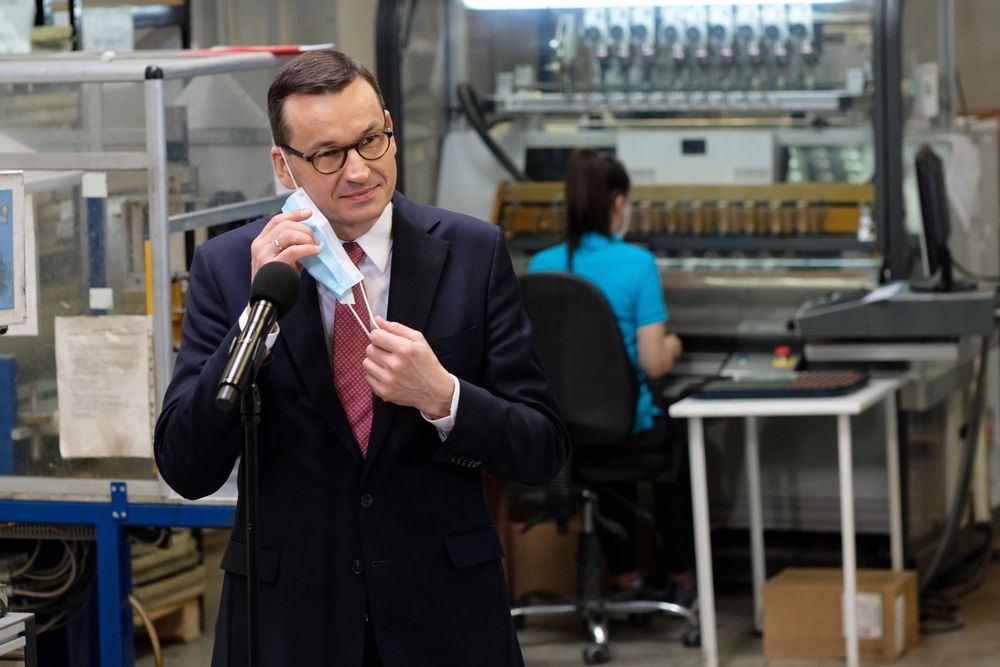 “We decided to protect both human health, human life, but also the economy,” said Morawiecki.Andrzej Grygiel/PAP

Rapid reactions and an ability to adapt to new conditions are creating an opportunity for Polish companies to win new markets, Prime Minister Mateusz Morawiecki said on Friday, adding that the economy is starting to pick up.

The prime minister was visiting Elsit, an electronic components manufacturer for the automotive and other sectors. The Gliwice, southern Poland, company, which employs about 40 people, did not lay anyone off during the lockdown period and plans to expand.

“That’s just what we’re about, changing the whole economic landscape for Poland’s benefit,” the PM said.

Morawiecki continued to say he had learned from the company’s management that so far it has often lost in competition with China. But he drew attention to the fact that despite the current hard times, for many clients nationally in in Western Europe, “reaction time, rapid contact, rapid reaction to any problem with supply,” have started to count more than before.

“That’s a certain type of chance for us, a chance to take over some links in the production chain,” he said, adding that Polish companies could conquer such new markets thanks to Polish quality, which is ever better regarded globally.

The head of government went on to say that the Polish government had faced a dilemma at the beginning of the crisis, having social and health issues on one hand and the economy on the other. “Some states, as we know, in the south, but also in the north of Europe, chose either one or the other. We decided to protect both human health, human life, but also the economy,” he said.

“Today I see that we are slowly picking up, that we will be able to return to the path of development, the path of growth,” the PM continued. “Businesspeople know perfectly well that a company’s value is created over years – it’s knowledge equity in the minds of our workers, engineers, scientists. It can be lost very quickly.”

“That guided us above all in the context of the financial shield, not to let human capital, human hands and minds, knowledge capital, that has grown in Poland over the last 30 years (…) be destroyed,” Morwiecki said.

“Today we are at a turning point, at the breakthrough moment,” the prime minister argued. “May, June, July will show us that companies are able to maintain that capital, able to hold markets – in the face of expansion by companies from China, India, the whole world. We want to protect the Polish market, that’s why we will protect Polish against hostile take-overs,” he went on.

Making the point that the financial shield’s greatest contribution was saving millions of jobs, Morawiecki said those job places, along with their knowledge capital, would create a good starting point post-crisis “not only to develop, but for Poland to come out of the crisis strengthened.”