Rising high in the times of Covid: Warsaw’s office space still on the rise despite pandemic 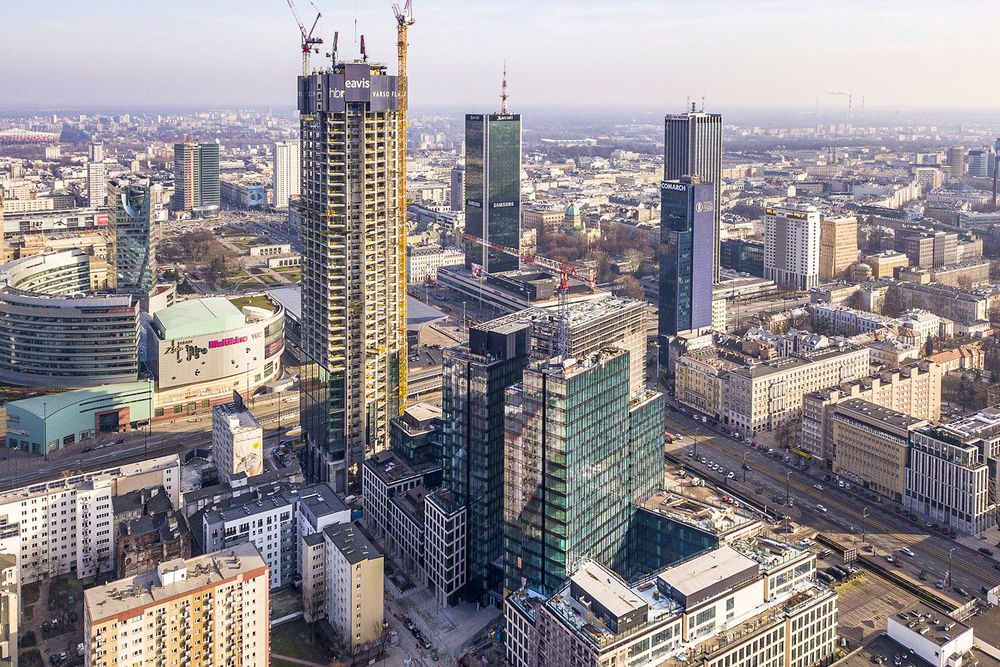 The construction of six new skyscrapers that will soon make their mark on the Warsaw skyline is supposed to finish by the end of the year. Born in better times the coronavirus and the economic crisis has now cast a shadow over their future, so TFN decided to examine the outlook for Warsaw’s upcoming most wanted addresses.

Most of the new investment has fallen on land near the city centre, in contrast to previous booms in office space that concentrated on the more removed Mokotów district, popularly named ‘Mordor’ by the corporation employees who suffer harrowing daily commutes to their workplaces. 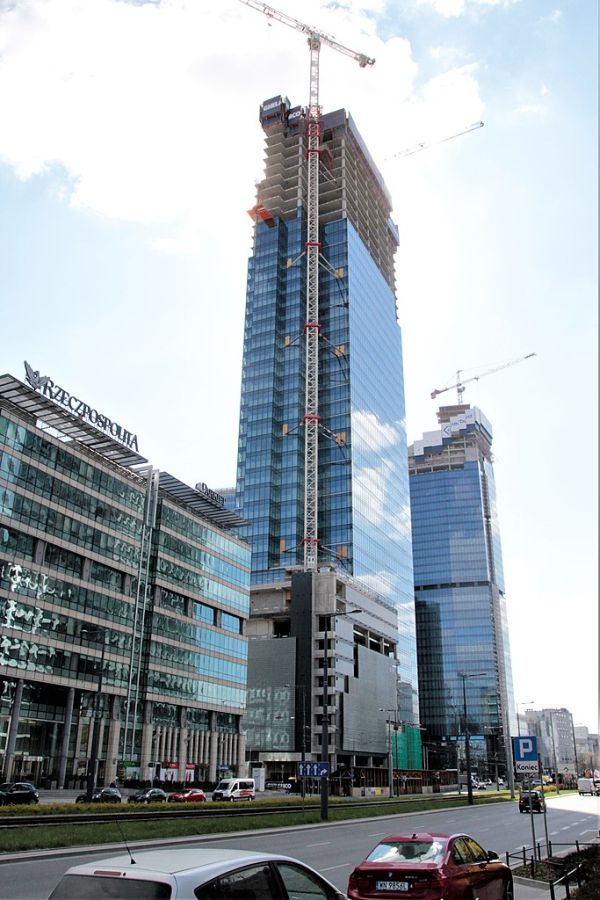 The 195-metre Skyliner under construction.Wistula/CC

The list of new buildings springing up in central Warsaw includes Varso Place, with the 310-metre Varso Tower, the 195-metre Skyliner near Daszyńskiego roundabout, the Mennica Legacy Tower (mBank has already leased 45.6 thousand square metres of its office space), The Warsaw Hub (130 metres), Widok Towers (95 metres) and finally Chmielna 89 (79 metres). All in and around Warsaw’s downtown and well-connected by the city’s public transport.

Yet, with companies getting an obligatory crash course on remote working, will anyone still need such large offices.

“There’s going to be some winners and losers in this market because of the pandemic,” Craig Smith, the publisher of Europa Property, told TFN. “It depends on who you ask, but in some situations, companies are taking more space because they just need more space for the employees they have in the office.” 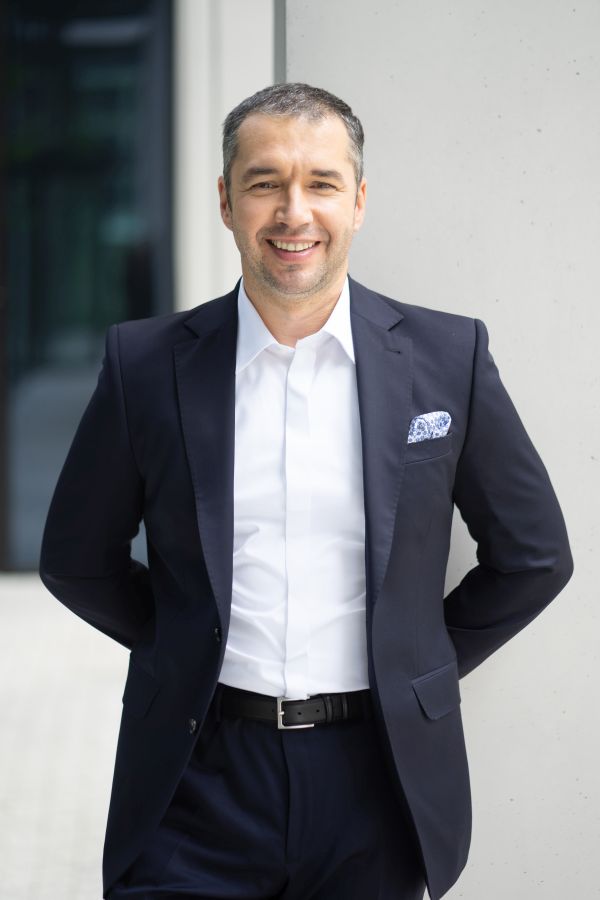 “We believe that a bigger challenge lies ahead for the owners of older office buildings, where preparing the workspace for the ‘new normal’ may prove more difficult and costly,” says Pecnik.Press materials

According to Smith, the winners’ list includes companies such as Skanska, Ghelamco and HB Reavis  – companies with experienced sales teams and a good grasp of who will move into their new buildings.

“On the other hand, some companies which had a 1,000 employees in the office will now want 500,” added Smith. “It will be interesting to see how it plays out, but I would just say that the developers with the best buildings and the best teams will probably be ok.” 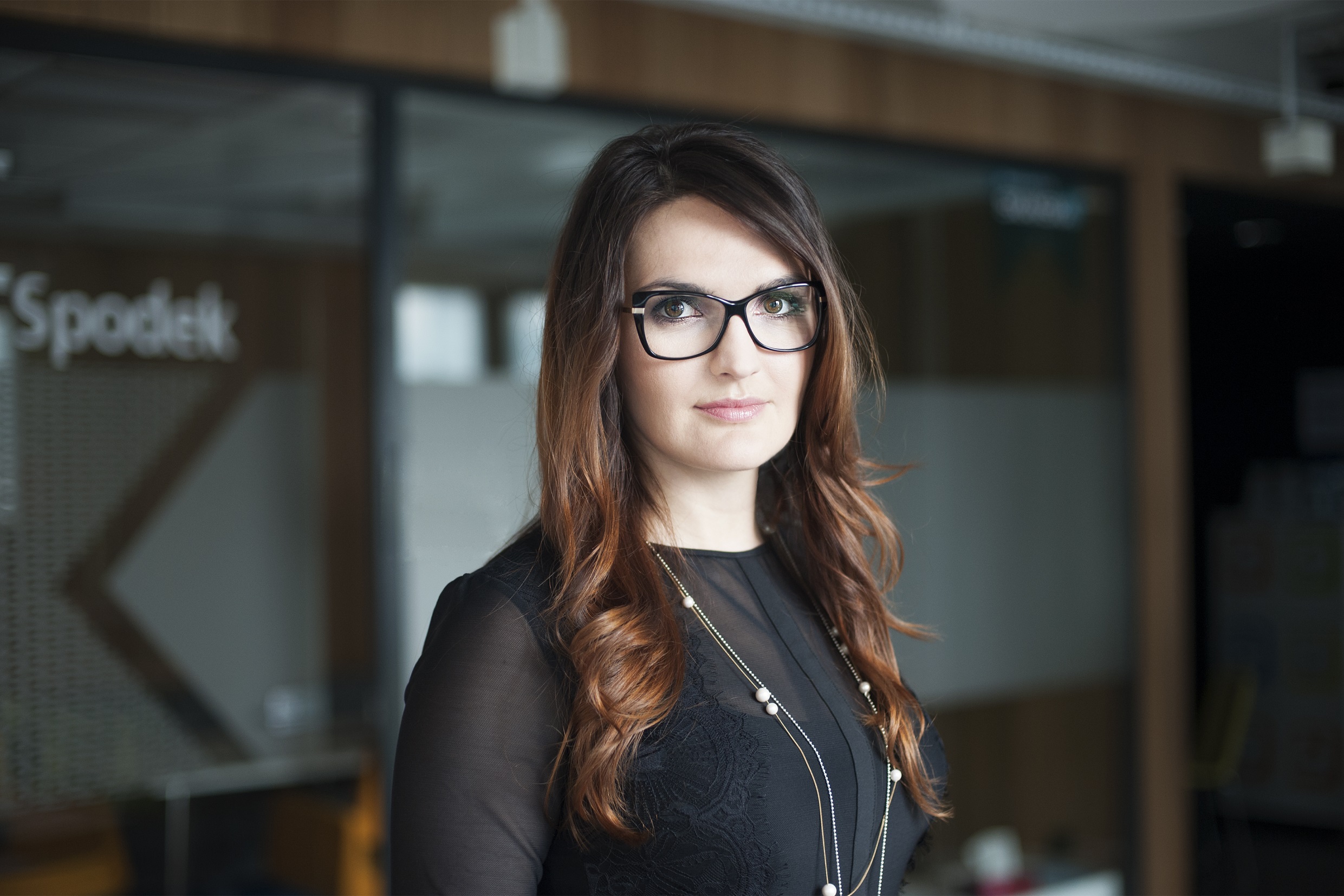 In this context, and contrary to expectations that companies will reduce investment levels, the insurance giant PZU just signed a historic contract with Skanska. PZU will lease 47,000 square meters of office space in the Generation Park building, as well as 325 parking spaces.

It is the largest contract of its kind in the history of office space leasing in Poland, as well as the biggest deal Skanska Group has made in the world. PZU is expected to move to its new HQ near Daszyńskiego roundabout in 2022.

Katarzyna Zawodna-Bijoch, the CEO Skanska’s commercial development unit in Central and Eastern Europe commented: “Generation Park is our flagship project, which reflects the company’s approach to creating timeless, healthy and safe working spaces. Our first high-rise office building in this part of Europe will be handed over to one of the largest insurance companies in the CEE region.”

Features such as green solutions, comfort, safety, and accessibility were crucial, apparently, for PZU when deciding on which building to lease.

“The owners of the best buildings will survive and probably do pretty well,” said Smith. “They will have to be more flexible on the rental contracts. No one wants to sign a 10-year contract anymore. There will probably be more flexible space and shorter contracts.” According to him, the office market will slow down, but it definitely won’t crash.

One example of an investment with a bright future is the Varso Place constructed by HB Reavis. Two parts of the complex were already finished before the pandemic, and tenants such as Bank Gospodarstwa Krajowego, Cambridge Innovation Centre and Nvidia have already moved in. The company stated that their occupancy rate is near 100 percent. Work continues on the tallest part of the project, the Varso Tower, and negotiations with big potential tenants are underway. 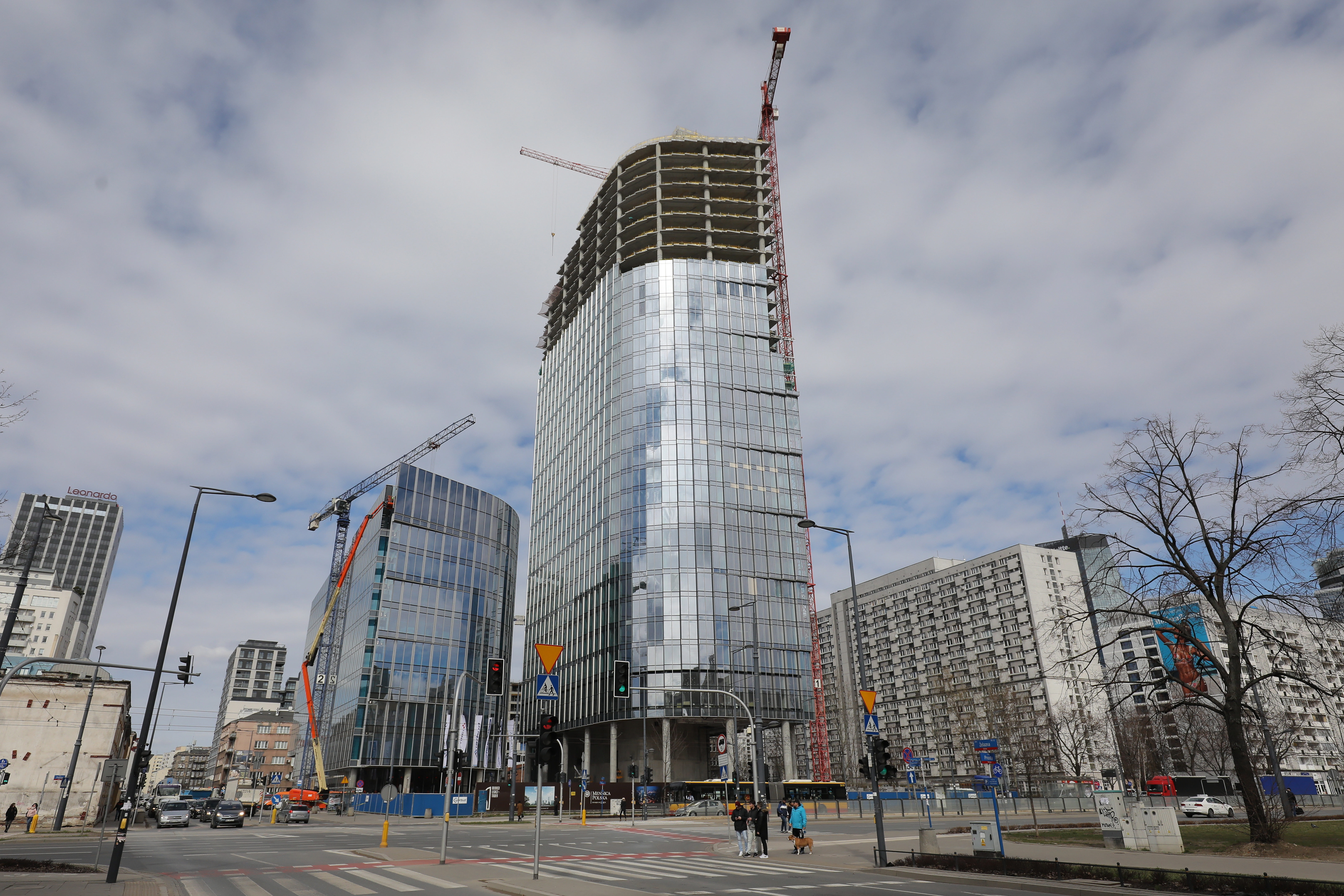 Peter Pecnik, country CEO, HB Reavis Poland told TFN: “When it comes to demand for offices, we don’t believe that working from home will become a universal standard, as some predict. Instead, it will be more important for a workspace to be flexible, allowing for greater mobility, more frequent remote working, and collaboration in interdisciplinary teams of experts in different fields.”

Pecnik expects an increase in interest from tenants looking for solutions to ensure the health and well-being of their employees. This may be the nail in the coffin of open-plan office space.

“We believe that a bigger challenge lies ahead for the owners of older office buildings, where preparing the workspace for the ‘new normal’ may prove more difficult and costly,” he explained.

This could put pressure on the capital’s 826 office buildings given that over one million square metres of space already lies vacant in commercial buildings that are completed or under construction. 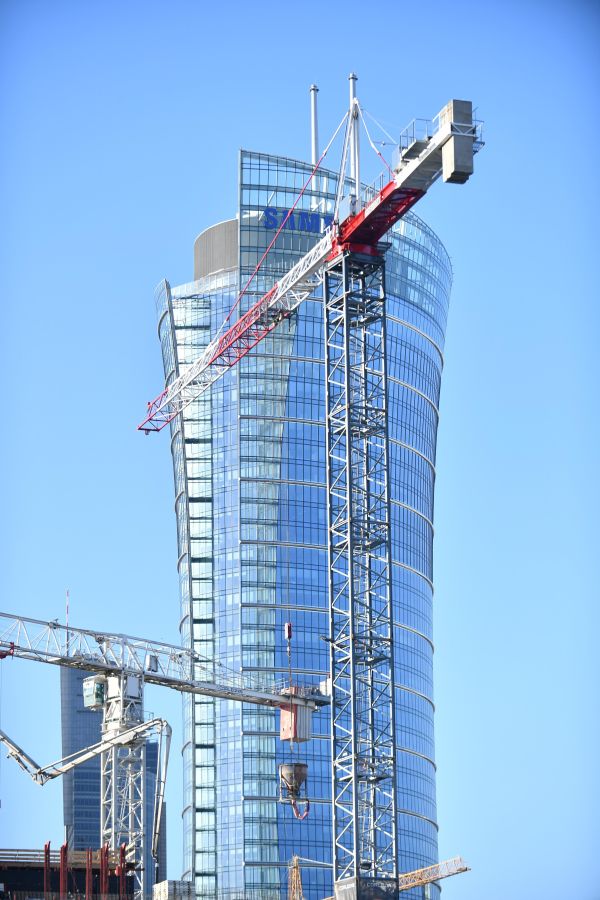 The Warsaw Hub has become one of the city’s landmarks.Bartłomiej Zborowski/PAP

Developers reliant on just one tenant could face calamity if that tenant has to move out because of the economy, and re-leasing such space might prove to be impossible. This effect might already be making itself felt in the Mordor area where the vacancy rate is almost 14.5 percent.

“Mordor was dying way before COVID,” commented Smith. “It’s still dying. Anyone who was doing badly before is still going to do poorly. But Mordor is not the entire office market.”

New construction may not appear for a while owing to the recession limiting access to investor funding but the buildings already here should manage to pull through if they embrace flexibility and focus on health safety.

Down but far from out: Poland’s first-quarter GDP drop one of the lowest says OECD