The Gdańsk man who brought US giant Amazon to Poland 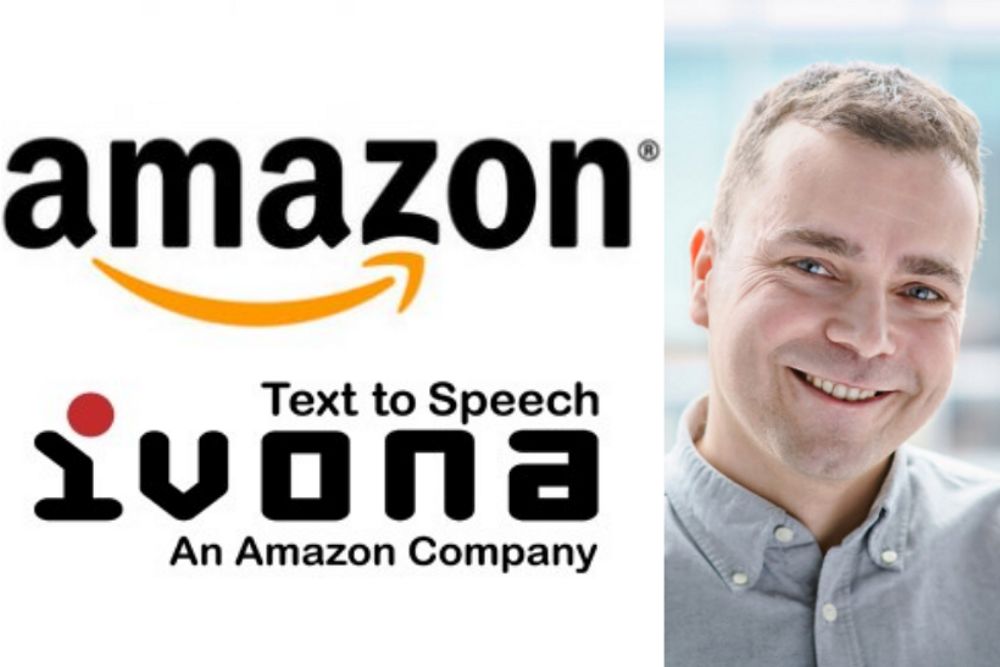 After selling his text-to-speech technology to Amazon, the American giant moved its business to Poland.Łukasz Osowski/Amazon

People change the world in many different ways.

Some do it through politics and rhetoric, others use their art to inspire others, while some keep their head down, work hard and create something that makes the lives of hundreds of millions around the world a bit easier.

It took six years to be recognized for their Text to Speech technology to be recognised as an industry leader and in 2011 the company changed their name from IVO software to IVONA, the name of the voice used in their software.Press materials

Łukasz Osowski falls into the latter category. He is a humble man and blushes at the notion, but his hard work and innovation has not only affected the daily life of millions around the world but led Amazon to be Poland’s largest American employer, creating over 15,000 jobs. 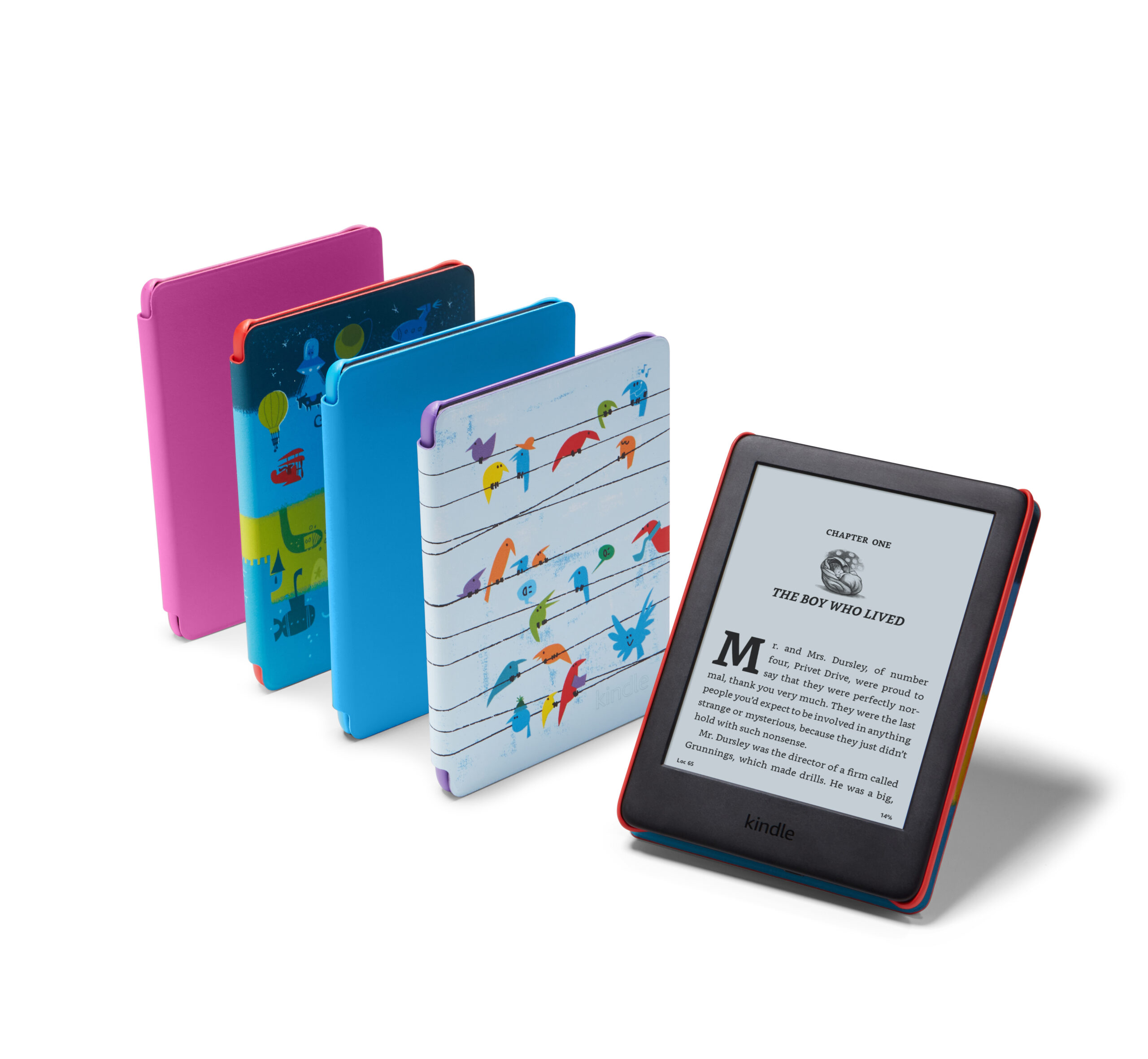 The technology was first used by Amazon in their Kindle tablets but soon Alexa emerged and now the software is a key part of over 100 million devices used around the world.Press materials

Born in Starogard Gdanski a small town about 50 km south of Gdansk, Osowski’s first job after graduating in 2000 was with a large Polish media organization where he grew his department from zero to seven people within a year. He developed his first commercial TTS software which worked as an add-on to an internet browser. But he knew he wanted his own company and after gaining experience he established, IVO software, with two friends.

The 42-year-old said: “While I was in my fourth year at university I did a psychological assessment test, the results showed I was a good candidate to run my own business. After gaining experience I established my own firm with two friends, Artur and Michał. We had no money and worked long days, desperate to succeed.” 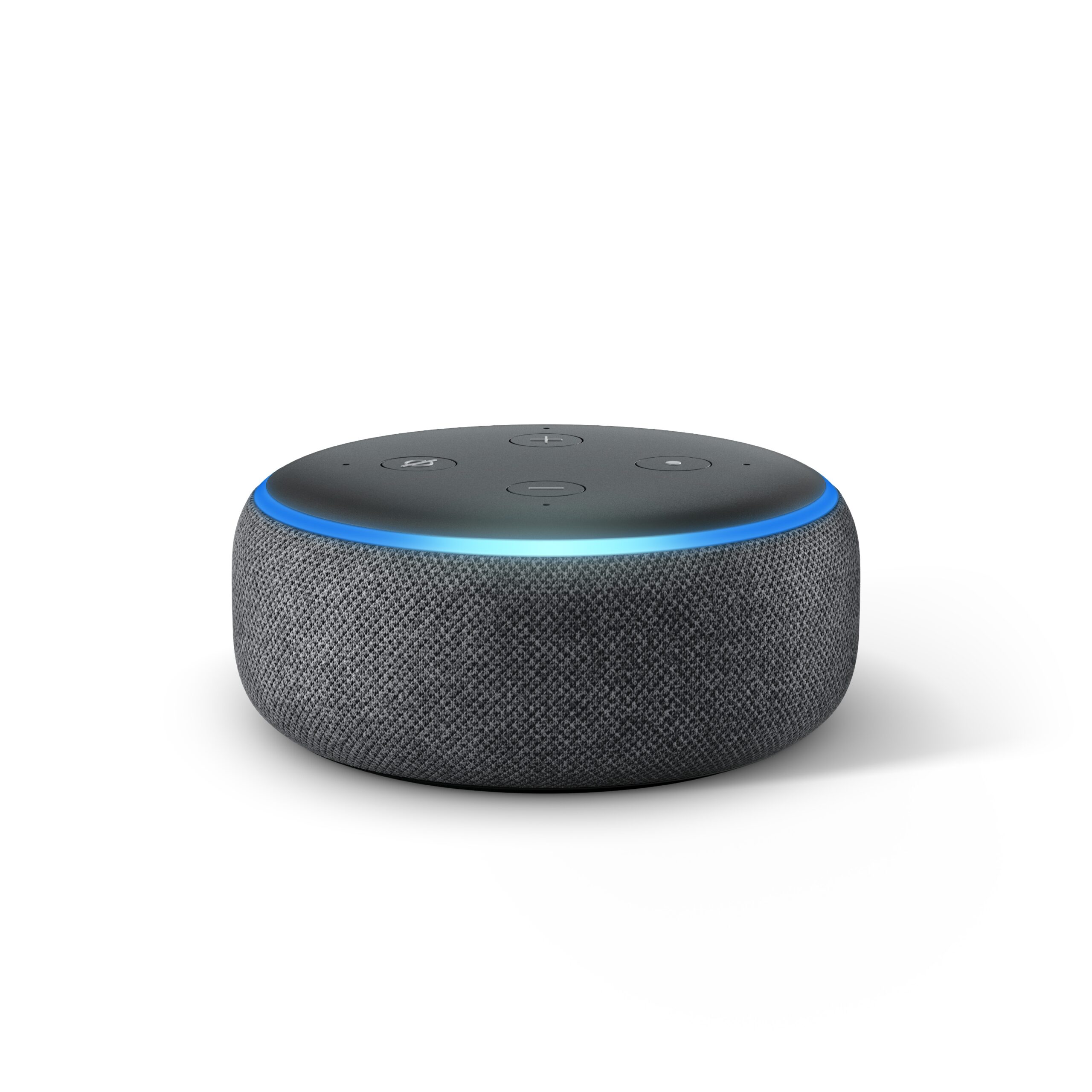 Alexa is the voice assistant from Amazon that evolved out of IVONA.Press materials

Due to the lack of funds at the beginning, one of the trio left to gain a steadier income. Łukasz Osowski and Michał Kaszczuk stayed the course, working long days, in the belief that they could deliver something revolutionary. The duo had a steep learning curve when it came to running a business though, Kaszczuk had joined the company straight from university and while Osowski had managed a team before, he had the luxury of working in a large company with a departments to take care of the duties he now had to do himself.

“These early challenges required a lot of discipline. It meant we had to learn new things, put ourselves in difficult, uncomfortable situations but it was a great challenge and we learnt a lot. Early in business it is very important to be frugal, to understand your budget and stick to it. A penny saved is a penny earned,” he said.

The duo embraced the challenge, regularly working 12 hour days and even outside the office, while socializing their conversations always ended up back about IVO software.

For his new venture, Vika Life, Osowski has diligently assembled a team of experts in their field and with the help of these doctors and professors will create a free app that lets people know what changes they can make to enjoy more healthy years of life.Vika Life

“We had a steep learning curve at the beginning. We had to learn everything about the market, management, business development, finding funds and this was all on top of the technical side of the software. This was our biggest challenge though, we wanted to build the best text to speech technology in the world. It took us six years to finally be recognized as the best Text to Speech technology provider but we did this and it was confirmed during the Blizzard Challenge when we beat industry giants Microsoft and IBM, as well as some of the most prestigious technology universities from around the world.”

The company won the Blizzard Challenge in 2006, 2007 and 2009. In 2011 the company changed their name from IVO software to IVONA, the name of the voice used in their software. The voice is not a recording of a person but completely computer generated. This is also true of Alexa, the voice assistant from Amazon that evolved out of IVONA.

Osowski said: “The decision to sell was one of the hardest decisions of my life. There were other offers, as well, but there were many factors to consider. In the end I am delighted with how things turned out. Michał and I went onto work for Amazon for over two years and created an Amazon Development Centre in Gdansk. Now some of the greatest innovations that happen at Amazon start in Poland.” 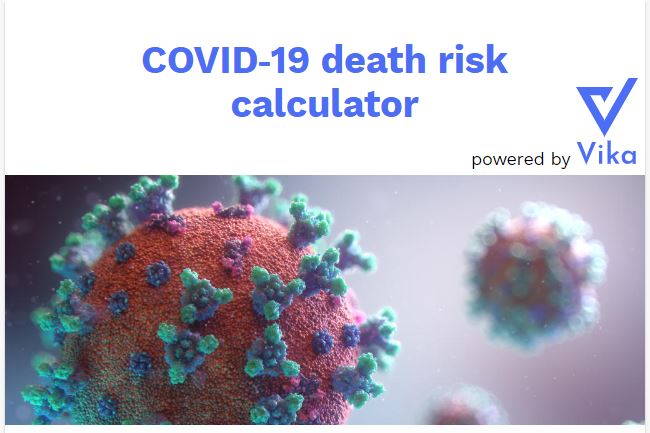 Vika Life’s first product is a COVID-19 death risk calculator. It is a very simple tool that shows users how likely users are to die from the virus based on their age and pre-existing health conditions.Vika Life

The technology was first used by Amazon in their Kindle tablets but soon Alexa emerged and now the software is a key part of over 100 million devices used around the world. The smart speakers that are popular in the US and UK, with Alexa, help the owners play music hands free, order things online and find information about things such as the weather forecast and the latest news headlines.

“Working for Amazon was an amazing experience. The work culture was very similar to what we had developed at IVONA, the culture we built at IVONA was, to a great extent, the basis for the Alexa team but obviously there were a lot more staff. Each day I had the opportunity to work with some of the best minds from around the world and of course, it was a great challenge to develop the voice assistant in new product category for me.”

Osowski and Kaszczuk both left Amazon after a few years. They had achieved the goal they had set out to accomplish and went beyond that. After buying IVONA, Amazon started to invest in Poland. First they built a development centre, one of very few they have outside the United States and since then they have opened seven logistic centres, employing over 15,000 staff in the country and supporting many other local businesses such as logistic firms. Amazon is now the largest American employer in Poland. This is a great source of pride for Osowski but he is especially pleased about the development centre in Gdansk as it still produces some of the greatest innovation that occur at Amazon. 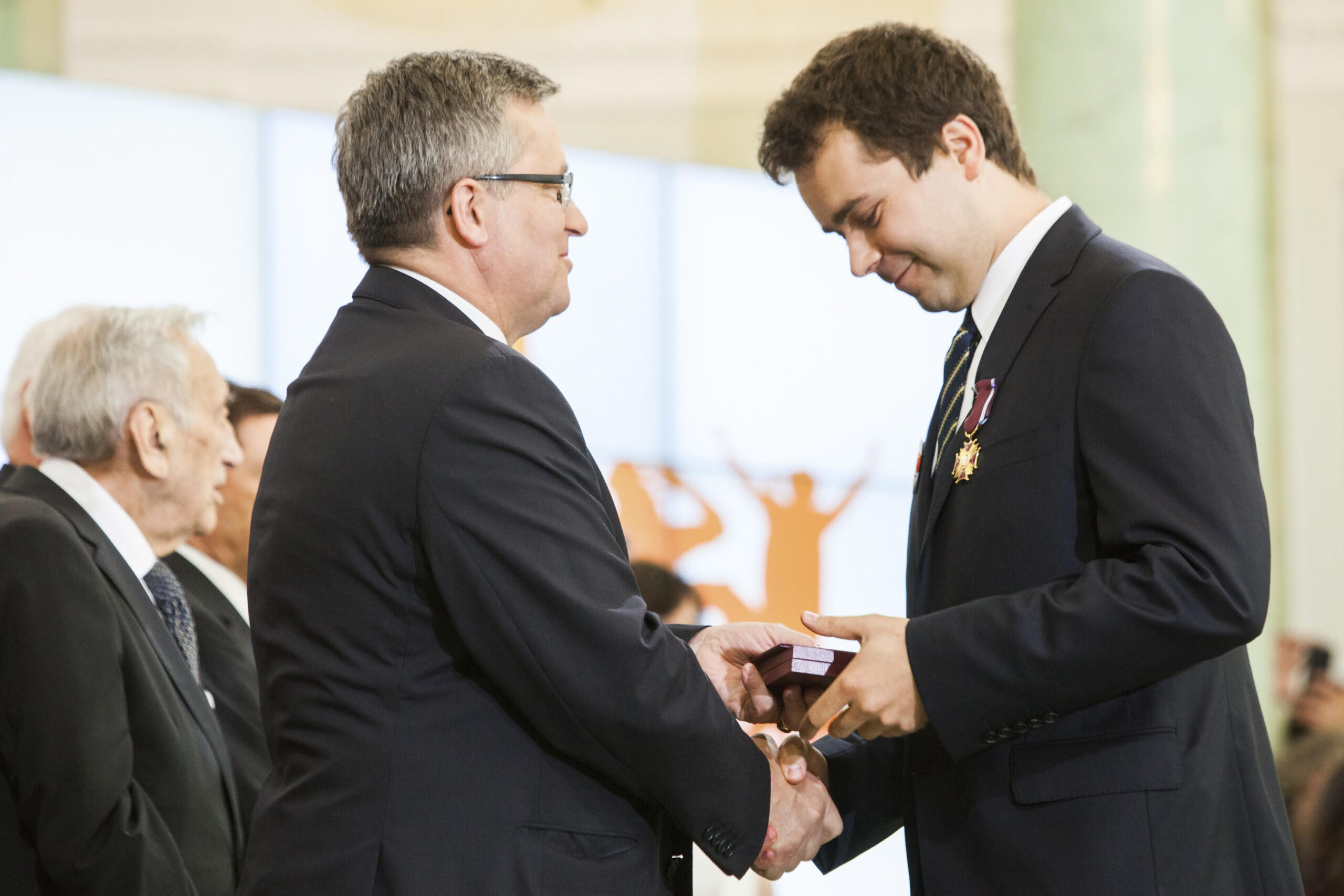 Osowski saw early success when in 2013 he received the Gold Cross of Merit from the then President of Poland, Bronisław Komorowski.Łukasz Osowski

“After I left Amazon I decided I wanted to spend more time with my family. I have five kids now, two girls and three boys between three and twelve years old. These are important years and having the ability to be around them more, help teach them and watch them grow is a real pleasure. I also like to sail, Michal too, so we spent some time in Gdansk bay on our dinghies.”

It was during these four years that Osowski had a chance to experience all the things he had missed out on. He didn’t need to work twelve hours a day anymore, he was financially comfortable and able to put life into perspective.

“It was when I had time to reflect, think about what is really important in life that I started to think more about health and well-being. There isn’t much point having material things if you can’t enjoy them because of bad health. In fact, you don’t need the items that advertisers want to sell you but your health you do need. I put together a remarkable team of experts to help people around the world out. Our goal is one million extra years of healthy life.” 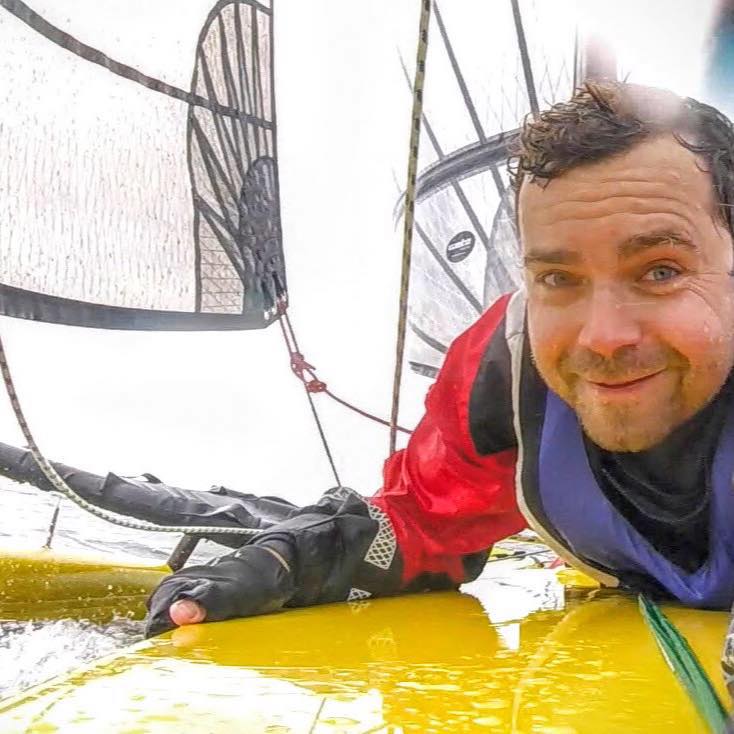 A keen sailor, Osowski says health and well-being are his new targets: “There isn’t much point having material things if you can’t enjoy them because of bad health.”Łukasz Osowski

Despite being tight-lipped about his new project Osowski revealed a few key details exclusively to TFN. Osowski has diligently assembled a team of experts in their field and with the help of these doctors and professors will create a free app that lets people know what changes they can make to enjoy more healthy years of life. His co-founders, Tomasz Noinski has previously worked for Google and Dr. Piotr Wisniewski, an experience physician, researcher and teacher at the Medical University of Gdansk, feel that modern medicine places too little emphasis on prevention and the promotion of a healthy lifestyle. Vika Life have just released their first product, a COVID-19 death risk calculator. It is a very simple tool that shows users how likely users are to die from the virus based on their age and pre-existing health conditions.

“The COVID-19 death risk calculator was only released last week and already over 200,000 people have used it, half of these are from abroad. It is not the goal of our new app. The app will be focused on helping people enjoy more healthy years of living. Healthy years of living are in decline in parts of the developed world and simple lifestyle changes can reverse that. The app will be released and accessible to all, you won’t need to buy anything to use it and improve your health.”

The Polish version of the Vika app will be available this summer with an update for a variety of languages coming before autumn. Osowski has already had a big impact on the daily lives of millions, his new app could ensure that those people can live healthier for longer.